How Do You Feel About New Safety Features that Watch You? 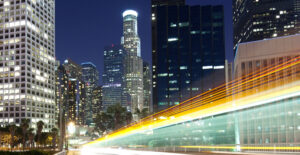 Have you ever felt like someone was watching you while you were driving your car? It can be an unsettling feeling, but what if it wasn’t just a feeling? What if something was watching you, and that something was your car. This isn’t a pitch for the reboot of Stephen King’s Christine, automakers are developing technology that watches you drive. However, this new technology is more about safety than creeping you out.

The Problem with Semi-Autonomous Cars

Since Tesla released its Autopilot feature, many motorists have been excited by the thought of cars driving themselves. But even Tesla will tell you that fully autonomous driving is still a long way off. The Autopilot feature itself is only semi-autonomous and will drive the car at a set speed and undertake light maneuvering. This requires drivers to pay attention to the road while using this drive mode or else risk crashing.

To ensure drivers don’t turn Autopilot into a fully autonomous feature, drivers are required to keep their hands on the steering wheel. However, some Tesla owners have figured out ways to get around this restriction. Products like the “Autopilot Buddy” offer a way to fool the system and allows users to take their hands off the steering wheel. This can be dangerous, and automakers like GM and BMW don’t want their upcoming semi-autonomous features to be misused like that.

Using infrared LEDs and cameras, GM is developing a safety feature for its new Cadillac CT6. This system will monitor your eyes and head position to ensure that you’re paying attention to the road. If you aren’t, then the system will not allow the semi-autonomous mode to function and will bring the car to a safe stop.

This idea was so revolutionary that some safety advocates want GM to use it to detect when people are driving while distracted. Then autonomous features could be activated to keep the distracted driver from crashing.

BMW was also impressed by GM’s idea. It’s developing an attention monitoring system for the new BMW X5 SUV model. The BMW system will also use infrared cameras and lights to see if drivers are watching the road.

What do you think about these new technological developments? Will they keep people from misusing self-driving systems? Will being watched by your car be too creepy? The auto technicians at Kirberg Motors will continue to monitor these new technological developments. At our auto repair shop, we understand the importance of keeping up with the latest auto tech trends. Because no matter how advanced technology gets, you’ll still need someone to fix your car when it stops working.

Kirberg Motors, Inc. was founded by Juergen Kirberg on May 1, 1967, in San Francisco. Juergen was the west coast factory representative for Porsche until the factory operations were merged with Volkswagen of America.